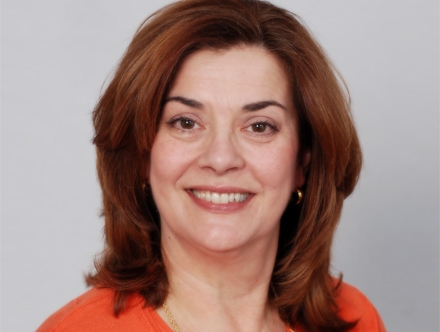 Veteran association executive Kathy Tomasofsky is assuming a leadership role at the new Money Services Business Association during a time of great change in the industry. At the very moment that digital currencies seem poised to reshape the business, it appears that state and federal regulators are contemplating stronger rules and closer scrutiny. Against that backdrop, The Prepaid Press asked Tomasofsky about her reasons for leaving one trade group for another and what she sees ahead in prepaid and funds transfer.

EM: After more than seven years at the Network Branded Prepaid Card Association, you recently moved to the Money Services Business Association. Why the change?

KT: I left the NBPCA at the end of February, and the reason is that the association is centralizing its operations in the Washington, DC, area. They had hired a government relations staff and wanted to focus in DC. I, on the other hand, was not inclined to relocate.

EM: You’re based in New Jersey?

KT: Yes, in Bergan County – right outside of New York City. The NBPCA operated in its early years predominantly in remote locations and travelled to DC or wherever. As it matured they wanted to establish an office in DC and establish operations there.

EM: When was the MSBA started?

KT: The Money Services Business Association was formed in October of this year. We’re about six weeks old. However, in June of this year a number of industry leaders and advocates for the money services business came together to discuss the need for an association and how people felt about it. They did surveys and, based on that meeting, they decided to move forward with the commitment to create the association. Then they spent a couple of months establishing the processes of the operation. I came onboard at the end of September.

EM: Were you the most highly placed employee in both associations?

KT: With the NBPCA there was a president who was not a member. They were a fulltime, dedicated employee.

EM: So you were the No. 2 person on the NBPCA staff?

KT: That’s a fair assessment. We did bring in a government person. As an association grows, the need grows for expertise in very specific areas.

EM: Are you the ranking employee at the MSBA?

KT: Yes. I was brought in given my experience in association management and familiarity with the financial services industry.

EM: Your title at the MSBA is “acting director.” Do you anticipate becoming director?

KT: It’s “acting director” due to the newness of the organization. It’s similar to a probationary period, and it’s a matter of us getting to know each other. I anticipate that it will become a permanent position.

EM: Is there much overlap between the goals of the two associations?

KT: There’s very little overlap. Many money services businesses do offer prepaid cards, but it’s really just one aspect of their service. Whereas the NBPCA focused exclusively on prepaid cards and the associated regulations, money services is a more-encompassing industry.

EM: Is there much overlap between the members of the two associations?

KT: There’s some overlap, but very little. It’s a new group of individuals. One person who’s involved with both is Judy Rinearson from Bryan Cave, who is a renowned payments lawyer and expert in the industry. I worked with her at the NBPCA – so we were very familiar with each other – and she was responsible for my introduction to the MSBA.

EM: Will the MSBA address digital currencies, such as Bitcoin?

KT: As the association is defined, we anticipate that we will have Bitcoin providers who will be interested in joining us. Part of the association goal is to increase and encourage payment innovation.

KT: That is true, and that is part of the reason we anticipate we’ll get Bitcoin members. We’ll be working with the states and MTRA -- the Money Transmitter Regulators Association – to help them understand the products so that consistent and fair regulations can be applied across all businesses. It’s very hard for a business to operate under 48 different rules. That’s what happens to the money service business today.

EM: You’ve taken on quite a job monitoring all those state regulations.

KT: I feel optimistic that opening an education and communication path with regulators at the state level will be advantageous to both the states and the businesses. Increased regulation is often burdensome to a state in terms of cost. Ultimately, the goal is to be sure you’re providing safe and secure products for the consumer. Working in collaboration, that goal can be achieved.

EM: Would the association like to see more federal control?

KT: The business is federally regulated by FinCEN (The Financial Crimes Enforcement Network), and they also are regulated by the CFPB, the Consumer Financial Protection Bureau. The members are in the formation stage of their policy positions. However, I think consistent and robust regulation is what we would like to see.

EM: What other issues will the association address?

KT: When we did the survey of people who were interested in membership, they said they wanted us to help them monitor state and federal regulation and have a singular voice either supporting or opposing laws. That’s primary for them. They’d also like us to work with MTRA and CFPB to improve the rules. The third thing is to improve the perception of the industry and help people understand the tremendous value that this industry provides.

EM: Will the association set up a central office or will people work remotely?

KT: We will be working remotely for a period of time. We will have a presence in Washington, but whether we will have an office there is a question to address down the road.

EM: How many members does the association have? How many do you anticipate?

KT: I’m proud to report that in just six weeks we have 25 members. We have a diverse board of leaders from the industry that provide a number of services. We hope to strengthen the numbers by increasing in a number of different areas. We also have associate member or what I call advocates. Those are, for example, AML  (anti-money laundering) experts that provide certification and training, law firms and others who work closely with the industry.

EM: How much are the association dues?

KT: The dues are $5,000 a year. It’s set at that regardless of company size to ensure that all organizations have an equal voice. Those who are interested in membership could reach out to info@msbassociation.org.

EM: Does your work at Two Sparrows Consulting relate to the association?

KT: That consulting company was started over 10 years ago by my husband. Paul Tomasofsky is in the payments arena – he focuses on debit, EMV and a number of areas. When I left the NBPCA, I joined him to focus on prepaid.

EM: About 10 years ago, you went back to school to earn your teaching certificate. Can you apply what you learned to your association work?

KT: That was a period in my life when I left the corporate world to focus on my family. I was very active in the community and education. I was interested in learning more so I got the teaching certificate. I served on the board of education as an elected official for several years.

The education degree has been immensely helpful to me at the NBPCA and will be now at the MSBA in formulating courses for regulators and helping to communicate complex information in an understandable way.

EM: What else should we know about the money services industry?

KT: During the crisis after the earthquake in Nepal in April, many money transmitters eliminated all of the transfer fees. So they were making a significant charitable contribution to help the country rebuild itself. People aren’t aware of how supportive this industry is of others in mishaps and disasters and how critical they are in getting much-needed money to remote locations.

Kathy Tomasofsky is Acting Director of MSBA.  Visit the MSBA online at www.MSBAssociation.org.