Could Credit Be the Next Big Thing in Prepaid? 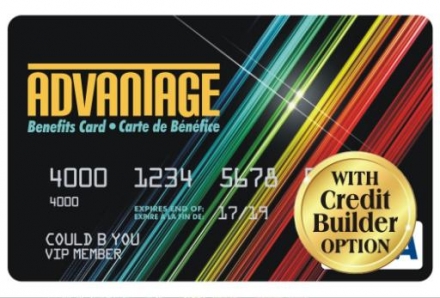 AdvantaGenesis in association with Paymobile and its alliance partners recently announced that the Advantage Benefits Card program in Canada will offer a personal credit rebuilding benefit, health and lifestyle benefit products, all bundled conveniently on a Visa Prepaid Card.

“I think so and it could be a big disruption to community banks,” said Misti Mostiller, Executive VP/Director, Consumer Strategy Innovation, Extraco Banks.

The Bank of Canada 2012 household insolvency report indicates that the level of Canadian household debt has steadily increased to a staggering 150 percent of disposable income. Approximately 100,000 Canadians now file for insolvency each year.

In 2014, more than 600,000 Americans filed for Chapter 7 bankruptcy, according to United States Courts.

That means that many average Canadians and Americans who are financially distressed also suffer from a loss of credit ability, leading to further economic strains when they can’t buy a car or rent an apartment. The Advantage Benefits Prepaid Card program could help to boost personal self-esteem by delivering a credit card alternative and also a credit building solution.

The Advantage Benefits Card program has been designed around a unique technology platform, enabling an end-to-end solutions for benefit administration. By combinng the prepaid card with valuable credit and health and wellness offerings, AdvantaGenesis equips the average Canadian to manage economic challenges in a safe economical and efficient manner.

According to statements from AdvantaGenesis, the card is good for everyone seeking better lending rates, young people and new Canadians just beginning to build credit, as well as those struggling financially. Consumers going through bankruptcy can also enjoy the Advantage Benefits Card as a payment option during and before discharge of debts. After discharge a CBR Loan credit building option can be added to the card to begin rebuilding credit worthiness right away.

According to an article in American Banker (Kevin Wack, Jan. 30, 2015), Green Dot plans to start offering credit lines to its customers. CEO Steve Streit told analysts on Thursday, Jan. 29 that he envisions Green Dot offering a secured credit card and an unsecured line of credit. The product is likely to be marketed to Green Dot’s base of low- and moderate-income customers.

Streit said that Green Dot will underwrite the extension of unsecured credit to its customers. He added that two new ending products will require regulatory approval and oversight.

Mark W. Roberts, Manager of National Accounts at Careington International Corporation, said that the CFPB, created by the Dodd-Frank Act in 2010, is responsible for creating the rules about card platforms, including credit, prepaid, debit and more. They are also responsible for oversight.

The proposed new rules from the Consumer Financial Protection Bureau (CFPB) would place limits on the interest and fees that could be charged.  CFPB also requires card issuers to use the word “credit” to describe overdraft, not normally a term associated with “prepaid” cards.

Charging to overdraft is a form of credit, but few prepaid debit cards allow overdrafts. The CFPB says that if prepaid card issuers do offer overdraft protection (and charge for it), they must give consumers the same protections they do with credit cards. That includes basic underwriting to determine that the consumer has the ability to repay the loan and more time to repay the overdraft before charging a fee.

New regulations will have some effect on the reshaping of the prepaid industry. The CFPB is looking to the future of prepaid by asking these questions: Do consumers benefit from credit features on prepaid cards? Would consumers benefit from savings features tied to prepaid cards? Do the cards that claim they help to build a credit record in fact do so?

The Need for Credit and Lending

For many Americans who live paycheck to paycheck, short-term credit and loan products help them get through the month. The CFPB recognizes this and is working to formulate new regulations to protect borrowers from being hurt by payday lenders when loans have to be repeated.

The dilemma has been: How can the CFPF protect the low-income consumer while at the same time preserve some form of credit?

An alternative underwriting requirement is under consideration, sources say, which would require that lenders provide additional protections, which could include limiting the size and duration of loans to ensure that borrowers can repay them without plunging further into debt (The New York Times, Feb. 9, 2015, Jessica Silver-Greenberg).

As far as prepaid providers, can they help? Jim Angleton, CEO, AEGIS FinServ Corp, said, “Green Dot is not going to enter bank space by much. They are the king of Unbanked and wager to say any credit card they issue would be a secure one…”

Could offering credit to prepaid customers become a trend in prepaid?

Daniel Grotto, member of the advisory board and CFO of 1to1 Card, said, “While I don’t know specific details of what is envisioned, it is difficult to see a strong economic scenario that would translate into an industry trend. You have to look at a number of significant operational and regulatory hurdles including credit bureau acceptance of the reporting data, processing costs and regulatory hurdles associated with revolving credit. Even when you look at a goal of prepaid card credit building, the necessity of requiring frequent utilization to materially impact a consumer’s credit score raises questions regarding viability.” 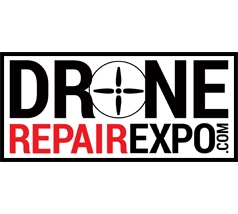 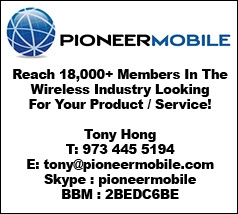