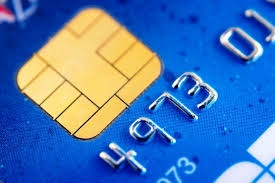 The much anticipated Payment Networks’ Liability Shift associated with EuroPay, MasterCard, and Visa (EMV) has begun in the US, as of October 1. It’s a major milestone for financial companies, including banks and credit unions, credit card issuers, and retailers, in an industry-wide effort to decrease financial fraud.

Financial institutions, meaning banks and credit unions, have been issuing chip-embedded credit and debit cards to customers, while merchants have begun to upgrade POS infrastructure that supports EMV chip technology. To date, about 27 percent of stores are equipped for chip technology, according to Chris McWilton, president North America at MasterCard.

Many retailers, especially big box chains like Walmart and Target, are taking the EMV deadline seriously because the shifts will assign liability for counterfeit fraud to the party in a card transaction that doesn’t support EMV. Similar liability shifts will follow in 2016 for ATMs and in 2017 for fuel pumps at gas stations.

"The good news is October 1 is not a deadline. It's an incentive to use the technology," said McWilton, in an interview on CNBC TV. "By 2016 end, 98 percent of chip cards will be on the market."

McWilton said issuers and merchants have to work out the transition to chip technology, while consumers are held harmless from any fraud. MasterCard has been working to help small businesses get ready for EMV through a variety of initiatives, such as EMV Makeover.

A full conversion from fraud-prone magnetic-stripe cards to more secure EMV cards will take years, say industry experts, and that’s also the thinking at Visa. According to Stephanie Ericksen, vice president of risk products at Visa, it typically took about three years after the liability shifts in other EMV countries before 90 percent of payment card transactions were “chip-on-chip,” or generated by an EMV card used at an EMV terminal.

While small merchants in the US are not being forced to support chip processing, the liability shift encourages them to plan for the change. They are protected from counterfeit chargebacks made under the EMV Liability Shift if they have deployed EMV approved contact chip-enabled terminals.

Mitch Cobrin, then the CEO of Anywhere Commerce, told us in 2013 that the cost of conversion to accommodate chip and pin is huge. The lack of common ground for a standard on PIN and signature is another point of confusion.

"There is a scattered degree of readiness on the part of banks and merchants," said Mary Ann Miller, fraud executive advisor with NICE Actimize. "Merchant readiness is concerning as staff needs to be trained. There is some chaos."

At the Target store in Boynton Beach, FL, check out staff appear to be well trained, helping customers on inserting the chip card rather than swiping on the side of the terminal. Miller said that Target, which suffered a major data breach in 2013, may be the best example of how to do this right.

"Chip and pin takes a few more seconds to process and once it occurs, the card makes a secure transaction," said Miller. "In the UK, I have seen faulty chips, faulty equipment, and technical glitches. These have to be worked out."

It’s estimated that 40 percent of the world’s cards and 70 percent of its terminals deployed outside the US are today using the EMV standard. Visa states that the pace of EMV-adoption is accelerating globally, estimating that right now, 62 percent of transactions conducted across international borders involve a chip-enabled card used at a chip-enabled terminal.

New figures provided by Visa to Digital Transactions News show that as of July, 18 percent of the 720 million Visa-branded credit, debit and prepaid cards in the US contained an EMV chip.

As mobile payments grow, EMV technology is a key requirement for security and implementation of new technologies for mobile wallets and contactless cash payments.

October 1 is the starting point, not the final conclusion. Miller said that this is the beginning of the transition, but fraud will go where the weak points remain, including: card not present transactions, card provisioning with mobile wallets, and mail fraud. If chip only cards are stolen, fraudsters could use the cards if there's no pin.

"If you're not face to face, chip card technology doesn't apply," said Michael Boukadakis, founder and CEO of Enacomm. "I expect that fraudsters will focus more of their energy on card not present transactions, and fraud tied to purchases where a payment card is not physically presented will climb."

Boukadakis says that chip technology makes both credit and debit cards much more difficult to clone, but it's important to recognize that counterfeit credit cards only account for a little over a third of credit card fraud. New chip cards will fight fraud at the point of sale, but nevertheless, chip cards that are physically stolen can be deceptively dipped at updated payment terminals.

"Fraudsters will paint a bullseye on retailers – from big box to mom-and-pop stores – that drag their feet in adopting payment terminals that can verify the validity of the new EMV chip cards,” said Boukadakis.

Prepaid providers are considering the distribution of chip cards, according to industry insiders. There is some hesitancy because of the cost of the chip. Prepaid cards could become a weak point unless providers fulfill chip technology.

“Because prepaid cards are essentially a sub-category of debit, they are likely to follow a parallel path,” said Jeff Falk, director of prepaid products for payments processor TMG (The Members Group). “In addition to US debit infrastructure challenges, EMV prepaid is facing something of a lack of motivation on the part of issuers, merchants and consumers. To date, the business case for EMV gift cards, for instance, has not been feasible.”

Given the cards’ low margins, lesser fraud risk and limited use, the interest just isn’t as high with prepaid as with credit and debit. TMG does see reloadable and payroll programs as both possible and probable candidates for EMV.

“EMV prepaid cards will take some time to roll out, yet it’s safe to say EMV will be the next major upgrade in the prepaid industry,” Falk added.

While the credit and debit card processing industry moves forward in adopting the EMV standard, the threat of assumed liability does not mean that entities involved in card-based transactions must complete the process of EMV compliance immediately. What it does mean is that issuers, acquirers, merchants, and others should start planning their course of action. For some, like ATM acquirers for which cross-border EMV transactions are minimal, accepting the risk imposed by the liability shift in favor of implementing compliance later might be the best strategy. For others, a degree of EMV-related implementation is essential, so planning must begin now.