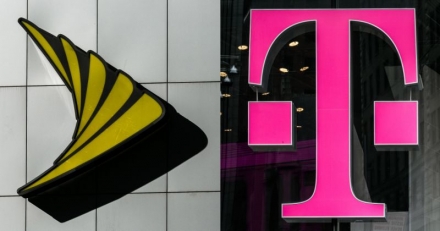 A very popular science fiction trilogy of books by Cixin Liu pondered the near impossibility of predicting the movement of three cosmic bodies in gravitational proximity to each other (The Three Body Problem, Remembrance of Earth’s Past, ASIN: B00IQO403K). The premise of the three books is that the mathematics involved in the interactions between three cosmic bodies makes predicting any future movements so complex as to be incalculable. The proposed merger of Sprint and T-Mobile with a spin off of assets to DISH seems to be a telecom Three Body Problem, except maybe even more incalculable and nearly imponderable.

Let’s summarize what we know right now. Sprint, perennially on the edge of extinction, and T-Mobile, who has never reached critical mass in the US, have had an on-again, off-again romance for several years. After a couple of aborted attempts at merging, they seemed to have reached an agreement. They joyfully filed with the FCC and the US Department of Justice to bless their union. The FCC and the DoJ, after considering the proposal for awhile, somewhat reluctantly agreed, with the proviso that Sprint would divest itself of previous acquisitions of Boost Mobile and Virgin Mobile. These network assets would be transferred to DISH Network, with the expectation that DISH would form a fourth wireless network to replace the one lost by the merger of Sprint and T-Mobile.

Boost Mobile Australia CEO, Peter Adderton, wanted to reacquire the Boost assets, which he had sold over a decade ago, to Sprint. You will recall that Peter was the keynote address at last years All Wireless & Prepaid Expo. He was proposing that Boost Mobile US be spun back off and he would buy it. His justification was that prepaid wireless services would get lost in the Sprint T-Mobile combine, adversely affecting those who cannot afford contractual wireless services.

In the meantime, the Attorney General of the State of New York, backed by over a dozen other states, have filed a law suit to stop the Sprint – T-Mobile merger.

Multiple Choice question. The New York and the other Attorneys General want to stop the merger because:

At this year’s Townhall meeting at the All Wireless & Prepaid Expo at Caesars Palace in Las Vegas on Tuesday, August 20, 2019 at 1:30 PM, we will discuss this burning question, and hopefully, provide some answers to it. But, in the meantime, the plot has already thickened. According to the terms of the agreement, DISH would get not only Boost and Virgin, but some of the network facilities of Sprint and T-Mobile, enough to re-create a fourth wireless network. As an added bonus, DISH has about $30 Billion worth of nationwide licenses that it has acquired and is not using. Some of these licenses could be used for providing mobile services.

Late word is that the FCC is expected to back the merger plan. In its report, it is expected the FCC will make a strong case for the creation of a fourth wireless network, and back the DoJ plan. The FCC will reportedly contend that the creation of a fourth network, under DISH, will adequately address the anti-competitive concerns of the merger. This may de-fang the Attorneys General, but that remains to be seen. New York Attorney General Letitia James said, in a press release, “We have serious concerns that cobbling together this new fourth mobile player, with the government picking winners and losers, will not address the merger’s harm to consumers, workers, and innovation.”

One thing is certain, this whole affair has progressed from a Three Body Problem to a Four Body Problem, and may assure the future full employment of anti-trust and communications attorneys. Those of us who lived through the divestiture of AT&T can attest that this is not, by any stretch of the imagination, even being close to being over. There are many potential twists and turns yet to come. The courts may have the final word, as they did in the AT&T divestiture.

How will all this impact the wireless and prepaid industries? That is the biggest imponderable. If the past is any indication, this may just be the start of the process, not the end. You must be aware of developments and be ready to act and react, to survive, and thrive. Which is why the All Wireless & Prepaid Expo will focus its Townhall on the information and strategies you need so you are not caught short in the swirling events.

We can’t promise you we will solve the Three Body Problem, but be there at the Town Hall, to find out the latest, and to discuss what you need to do to get ready. Don’t be left behind!