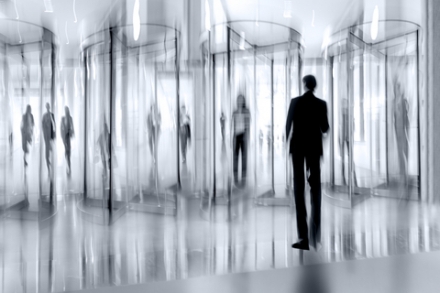 The inventor of the telephone and co-founder of AT&T, Alexander Graham Bell, famously said the following:

When one door closes another door opens; but we so often look so long and so regretfully upon the closed door, that we do not see the ones which open for us.

Bell, like so many other inventors, did not clearly foresee the historic impact of his invention and how it would radically alter the world. He talked in terms of a closed door and an open door. In reality, a more accurate analogy might be a revolving door. Telecom has seen an unending series of innovation, unprecedented growth, structural change and regulatory intervention. For nearly 100 years, the Bell System faced no serious competition, but rolled out an impressive list of technical innovations anyway.

Once the regulatory grip began to be released, a torrent of technical innovation and entrepreneurial spirit began, the likes of which have rarely, if ever, been seen. One of the most significant telecom innovations was the cellular phone service, which is rapidly replacing tip-and-ring wired service. Initially, only well-heeled customers could afford cellular service. Prepaid service was for the credit challenged, and was prohibitively expensive. Cellular operators only offered them when they had to, and with great reluctance.

Enter the hoard of enterprising entrepreneurs, and prepaid cellular service became available and affordable. One of the early entrants was an Australian company, Boost Mobile, who started offering prepaid service in 2000 in Australia and New Zealand. The next year, Peter Adderton and his partners brought Boost to the US, in a joint venture with Nextel. By 2003, Nextel became the sole owner of Boost Mobile US. When Sprint bought Nextel in 2005, it also acquired Boost USA.

In April, 2018, T-Mobile announced that it was acquiring Sprint, with Boost USA coming along for the ride. Regulators, including the FCC, were skeptical about the merger of Sprint and T-Mobile because it would reduce the number of mobile facilities carriers from 4 to 3. Over the last two years, through a series of legal maneuvers, regulatory action and renegotiation, it appears that there may be a final answer to the merger and that it will go forward. It should be noted that this saga has had more twists than an O. Henry story, so the final chapter may not yet be written.

As it now stands, the merger will go through, maybe with some changes, and Boost, along with the remnants of Virgin prepaid, will be operated by the merged entity. Dish, a peripheral player, will be given the go-ahead to ultimately create a fourth US facilities based mobile carrier. Dish has the assets to make a stab at actually doing that. Whether it is able to pull this off or not remains to be seen.

Where does this leave competitive service providers amid the chaos? As a former co-worker, not as famous as AG Bell, used to say, “Where there is confusion, there is opportunity.” Using this standard, given the high degree of confusion, there should be incredible opportunity. It is up to the creativity and drive of the entrepreneurial class to capitalize on the opportunity. Thousands, or millions of prepaid customers may be motivated to look for new service providers. Those that are able to put together niche or affinity programs will benefit. Those that try to ride out the storm may find themselves left in the dust.