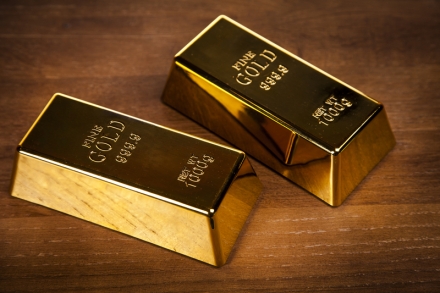 Gold. Since the dawn of history, the glittering yellow metal has granted its owners the power to change the course of civilization. It captures the imagination and alters the soul. No one has ever had enough.

And in a contemporary twist on the ancient obsession with gold, aficionados can now use gold bullion to fund prepaid debit cards. BitGold, a Toronto-based company is making it possible with a platform created with help from Intercash, a prepaid vendor with headquarters on the Isle of Man in the United Kingdom.

Backing a prepaid card with gold enables the cardholder to pay international travel expenses or transfer funds from country to country without taking a financial beating on currency exchange rates, according to Darrell MacMullin, BitGold CEO.

The MasterCard-branded cards come in plastic or made of real gold, MacMullin said. Options include cards cast in a gold alloy that’s worth about $200 per card or in nearly pure gold with a value of around $2,000 per card. And, yes, they all work in EMV and mag stripe card readers.

Having a card that’s literally made of gold gets attention and satisfies a hunger for luxury, but the real value resides in the gold bars that BitGold stores in vaults in New York, Toronto, London, Hong Kong, Singapore, Dubai and Zurich.

When consumers invest in gold, they take title to a portion of one of those bars in one of those vaults, MacMullin said. They pay no storage fees, and their gold is fully insured, he noted. “We’ve taken all the friction out of owning gold,” he maintained.

To help achieve that ease of ownership, BitGold – which was launched in May – bought the15-year-old GoldMoney, an established player in the world of gold. GoldMoney’s “one of the largest custodians of precious metals and has a strong reputation,” according to MacMullin. Combined, the companies now operate under the name GoldMoney Inc. and administer more than $1.5 billion in assets for 20,000 clients, he said.

Until now, transferring any portion of those assets required five days, MacMullin said. But using prepaid cards cuts the lag time to 90 seconds, he asserted. That makes gold more relevant.

The changes BitGold has brought has brought to the ownership of the precious metal have made an impression in some circles. During its first six months, the gold-backed prepaid cards have attracted more than 500,000 users in some 100 countries, MacMullin said.

Although some of those clients are seeking advantageous exchange rates, others simply view gold as a sound long-term investment, MacMullin said. He recounted the story of a 21-year-old Argentinian who had already seen his father’s savings wiped out twice by wild fluctuations in the value of the local currency.

As a consequence, the young Argentine man has been investing $5 a week in gold, and he was delighted to gain ready access to his assets should the need arise, MacMullin said.

Gold generally outperforms currencies and has tended to hold its value over long periods, MacMullin said. Although the cost in dollars of a Thanksgiving dinner has skyrocketed in the past century, he noted, the amount of gold required to provide that meal in 1915 or in 2015 has remained nearly constant.

But MacMullin, who has served as PayPal’s managing director for Canada, thinks of himself as a payments person, not a gold bug. And what he’s seeing now, is the convergence of the two. The ancient fascination with gold and the contemporary demand for speed and convenience is enabled by a platform that BitGold to create with Intercash.

Working out that system took about a year, recalled Aaron Gladman, Intercash vice president of business development. “With the hard work of our team and the development unit at GoldMoney, we have connected the strengths of our systems and made that achievable,” he said of gold-backed prepaid cards.

Intercash, which issues MasterCard cards worldwide, got its start 15 years ago in Canada as a provider of wire, money and check transfers. It now operates offices in offices in the United Kingdom, the United States, Canada and Poland and has representatives in Mexico and Israel.

The company entered the prepaid card business shortly after the turn of the last century, and that’s now its core business. It was restructured three years ago as part of Andaria Ltd., a United Kingdom-based company.

When Intercash entered the prepaid business, it created a technology platform called the “PrepaidGate,” which helps clients offer prepaid cards, Gladman said “It enables companies to take their business concept and issue cards around it,” he noted. More than 80 clients use the technology, and it became the basis for BitGold’s platform, he said.

For two years, the platform has been supporting lenders that put small-business loans and personal loans on prepaid cards. That provides easy access to the funds when they’re needed, Gladman noted.

Clients also use the platform to create prepaid payroll cards that proves especially convenient for paying freelancers around the world in the appropriate currency, Gladman said.

Insurance companies could use the platform to issue cards to the people they insure. The insurers would then load funds onto the cards in real time when it’s time to pay a claim. That timeliness might become crucial when someone incurs emergency medical expenses while traveling abroad, Gladman said. That function’s worked out, and some insurance companies are considering using it, he said

Meanwhile, stockbrokers can load profits from trades on prepaid cards to give investors instant access to the funds, Gladman noted.

Gamers can get access to their winnings on prepaid cards, too, he said. That use helped launch the Intercash prepaid platform but has become a smaller part of the overall business as other uses have proliferated.

Retailers use the platform to issue cash-back rebate cards that protect the perceived value of their products by attracting customers without the appearance of lowering prices, Gladman said.

“People come knocking on our door with all kinds of ideas all the time,” Gladman said. “We don’t really invent all these use cases for the product. We find a way to embed the prepaid card into their systems.”