How Consumers and Retailers Can Benefit 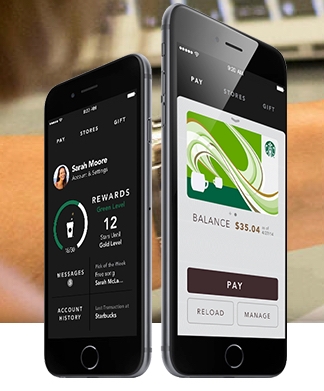 Shoppers and retailers alike can take advantage of technology that’s revolutionizing closed-loop prepaid cards and mobile payments, according to speakers at a strategy session presented online by Mercator Advisory Group and CashStar.

And now’s the time to begin realizing those benefits, according to Ben Jackson, director of the Prepaid Advisory Service at Mercator, a Maynard, Mass.-based research and consulting company. “Clearly, the world is going mobile,” Jackson declared, noting that Pew Charitable Trusts research indicates 68 percent of Americans carry smartphones.

Consumers benefit because mobile technology instantaneously brings them coupons, discounts and special offers on the merchandise they want when they’re ready to buy it, said another speaker, Gerry Gilbert, who’s vice president of product for CashStar, a Portland, Maine-based prepaid services vendor.

The technology also enables consumers to check the balance remaining on a gift card, which aids budgeting, Jackson said. “It could be as simple as store locations,” he said of the benefits consumers can enjoy from mobile technology.

Meanwhile, retailers win because they cut payments acceptance costs while learning the preferences, habits and history of their customers, Gilbert noted. Retailers learn which stores customers visit and when they visit them, and the data can even reveal what merchandise customers research on retailers’ sites, Jackson said.

A Means of Communication

Mobile technology provides a way for retailers and consumers to communicate, Jackson maintained. “It becomes a much more real-time and two-way channel,” he said.

The tech can empower the public to contact the store when a problem arises or to pay compliments when the shopping experience goes well, Jackson continued. Filling out an online consumer survey can benefit shoppers and retailers, and it’s more efficient than a paper-based version, he said.

Communication can occur through email messages and through social media, Jackson said. “You start to build a customer profile, and you have a variety of ways to contact them,” he maintained. “You’re in their pocket. You’re with them all the time. They have those things glued to their hands from the moment they wake up until the moment they go to sleep.”

Two-way communication affords retailers an opportunity to differentiate themselves by employing their best marketing techniques, Jackson said. “You want to provide additional information that resonates with your brand and resonates with your shopping value,” he advised.

Timing’s everything, Jackson emphasized. Why not offer a special price on a cup of coffee just before a consumer boards a commuter train? Mobile technology is facilitating very specific messages, he suggested.

Retailers already possess reams of consumer data but until recently couldn’t tie it to their customers in a usable way, Gilbert said. For example, all four members of a family might use the same credit card, making it impossible to match an offer to a specific person. Now, each family member carries his or her own phone, which enables retailers to target each member of the family individually.

“That is the magic around this,” Jackson said of the ability to craft specific messages. “That is why we’re going to see more uses for this in the future.” Geo fencing and geotracking can even enable retailers to send a fine-tuned special offer just as a consumer is passing by the store, he noted.

Someday soon, a retailer will have the option of contacting a shopper walking through the store to announce that the piece of merchandise he or she has been perusing online is available on a certain aisle at a particular price, Jackson said. “It’s building out an experience where the store seems to know you and talk to you in a way that is helpful.”

It’s the realization of omni-channel shopping that blends “bricks and clicks,” Gilbert said. The technology could recognize that a customer has recently had two problems with a store and then offer to compensate with a special deal, he suggested. “It’s a whole bunch of pieces coming together to deliver on the promise that everyone has been talking about for years now,” he maintained.

Where Do I Fit?

Retailers can begin to understand their place in the mobile work by considering what their customers need and then figuring out how they can meet those needs, Jackson said.

The best apps should delight consumers and address tools or services that customers need, whether they’ve known enough to ask for them or not, Jackson said. Apps should make shopping and dining more convenient for customers and can also bring people into the store when the retailer wants them to be there, he said.

But apps shouldn’t provide anything superfluous, so the process doesn’t require every retailer to become as high-tech as a habitué of Silicon Valley, he noted. “Avoid getting caught up in the Starbucks model when it doesn’t apply,” Jackson warned.

Make sure to include a mechanism for loading value that can drive consumer behavior, Gilbert advised. Studies show that people discard coupons but appreciate gift cards, he noted.

Models for mobile technology can differ, Jackson said. Consumers should have the ability to move around their stored value and redeem it in multiple ways, he maintained.

For example, Cumberland Farms, a Framingham, Mass.-based convenience store and petroleum retailer, offers a 10-cent per gallon discount when customers pay with their phones, Jackson said. It’s part of the SmartPay program that links directly to a bank account and thus eliminates some interchange costs, he said.

Design considerations for mobile wallets include loyalty, customer tools, prepaid gift cards, mobile shopping and online shopping, Jackson said. Don’t forget to allow outside types of payment, he cautioned. If there’s not enough money on the prepaid card to cover the bill, the consumer wants to pay the rest with another payment vehicle. Links to partners who aren’t competitors can add value, too, he continued.

Whatever a retailer chooses to provide, the features won’t work without close attention to technological change, Jackson maintained. Mobile wallets are proliferating, and retailers need to form their own tech teams or hire outside help, he said.

Vendors find many retailers asking for similar features, Gilbert said. That means tech providers are gaining the experience to provide those features efficiently, he told the online audience.

But almost nothing comes without a downside. As the speed of mobile increases, the risk of fraud can also grow more quickly, Jackson told listeners. “You need to have the mitigation tools that can recognize suspicious activity, both at a portfolio level and at an individual customer level,” he said.

Basing acceptance on past experience can help businesses keep from declining valid transactions, and that’s become a major focus for CashStar, Gilbert added.

The benefits of combining prepaid and mobile come with the added advantage of lower costs, Gilbert said, and he provided an example. Say a consumer makes a hundred purchases on an open-loop card at a cost of 7.5 cents per transaction. That comes to $7.50. Another consumer loads funds on a closed-loop prepaid card for $3.70 for the interchange and the merchant discount. Then, with a hundred purchases at 2 cents per transaction, that totals $5.70.

“A lot of this is going to depend on how the cards is presented and loaded and on what deals folks have negotiated with their closed-loop processors, Gilbert said of his example. “But particularly for high-frequency merchants, that is the cost-savings piece of this.”

Typically, retailers and consumers can all benefit. “The future of retailing is here,” Jackson said, “and it’s in your pocket.”