What are the big picture trends in the U.S. prepaid market? I went to the All Wireless & Prepaid Expo, which was held in Las Vegas a few weeks ago, and spending a few days chatting with players from all parts of the prepaid ecosystem was highly informative. And quite pleasant.

The show made me realize there are three big trends in prepaid right now: the Tracfone transition, “power center” MVNOs rising to the forefront, and more access to internet driving prepaid.

Elephant in the room – Verizon’s acquisition of Tracfone

I've written that Verizon’s acquisition of Tracfone will take the carrier “from worst to first." But at the Expo, I sensed a great deal of uncertainty about what Verizon is planning to do with this asset. Verizon has been guiding that the deal is likely to close late this year. I think Verizon is doing this for margin expansion reasons, not because it has a great passion for prepaid.

Tracfone’s master agents had a prominent presence at the Expo, as usual. It’s hard to imagine how their lot will change under Verizon management, but things won’t be the same. One of the master agents, Modern Wireless, was proudly showing off a new, green truck emblazoned with Simple Mobile branding, which is now being used at events and for bringing awareness to stores where Tracfone brands are sold. A Modern Wireless film about this truck is here.

Tracfone is the clear leader in prepaid at national retail. Straight Talk alone has 9.7 million subscribers, and it is only sold at Walmart. Since T-Mobile does not have a prepaid presence at national retail, national retail will almost be a duopoly. Assuming the deal is completed, there will be four Verizon brands in national retail, competing with AT&T’s two brands, Cricket Wireless and AT&T Prepaid. At present, Walmart is the only national retailer selling Boost Mobile.

Here’s a thought. Assuming approval, the acquisition will cause a collapse in the number of MVNO customers, as Tracfone’s 20.3 million customers will suddenly be Verizon’s prepaid customers. Boost Mobile is operating as an MVNO currently, but as its parent company builds out its own network, Boost Mobile will no longer be seen as an MVNO brand.

During my talk at the Expo, I gave a long list of MVNOs that have gone out of business. One trend is there are fewer independent MVNOs amid the rise of what I call “power centers” of prepaid brands. Tracfone and its portfolio of eight consumer brands with 20 million customers was the original power center.

Red Pocket in 2019 bought FreedomPop, which also gave Red Pocket control of the Unreal Mobile brand.  SIMs for all three brands are sold at national retail. At the Expo, I learned that Red Pocket has started running TV ads. Details about this were reported by BestMVNO on September 3.

The newest power center of prepaid MVNOs is Dish Network’s new portfolio of four prepaid brands, of which Boost Mobile is the largest. Gen Mobile had a booth at the Expo and seemed to be doing business as usual, but the MVNO is being purchased by Dish Network, as reported by Fierce Wireless on September 1.  In 2020 Dish also acquired Republic Wireless and Ting Mobile.

Finally, there is the power center of Mint Mobile, Ultra Mobile and Plum. Plum is not an MVNO, but it has a charter of helping other companies start MVNOs that use T-Mobile’s newly bolstered network capacity. There was a Plum booth at the Expo. Mint Mobile has built awareness via its affiliation with actor Ryan Reynolds and via being active on TV and in digital channels. Ultra Mobile has strong distribution in the multi-carrier dealer channel and sells well among those who value international calling.

The prepaid ecosystem is increasingly providing Internet access in multiple ways, with the pandemic, the Emergency Broadband Benefit (EBB) and national carrier wireless internet rollouts as factors. The EBB is a temporary effort to make sure that low-income citizens have internet access amid the pandemic via a $50/month credit. It launched in May and already 5.1 million households have signed up for the EBB, as detailed by the FCC. I think a majority of these new lines are probably landline connections, but Wave7 Research has reported that this is going very well for Boost Mobile. There is an AT&T Prepaid endcap in most Walmarts, pitching 100GB of data via hotspot for $5/month.

The EBB is helping prepaid carriers get in game shape for the internet battle. The rise of the EBB and the launch of Boost Mobile’s data-only plans was no coincidence. Cricket Wireless recently made its data-only plans more generous.

The pandemic has increased the need for reliable internet connections in more places. There is more telecommuting and more online learning. Combined with younger customers who care more about streaming services than about cable television, the megatrend is for more internet access, leading to more demand from all providers.

These are the three trends that I see going into late 2021. The Tracfone change remains something of a wild card. Greater efforts to sell internet is a real opportunity for prepaid carriers and gives hope for growth in 2022. The rise of power centers makes sense, as selling wireless is a scale game, and the component MVNOs are mostly better off having partnerships and shared capabilities with other MVNOs.

It was good to see these trends unfolding at a very informative Expo.

Industry Voices are opinion columns written by outside contributors—often industry experts or analysts—who are invited to the conversation by FierceWireless staff. They do not represent the opinions of FierceWireless. 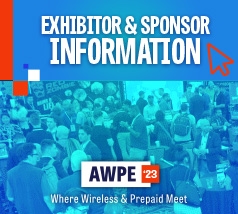 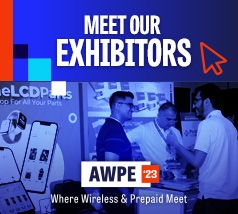