Three Key Market Growth Drivers in the US 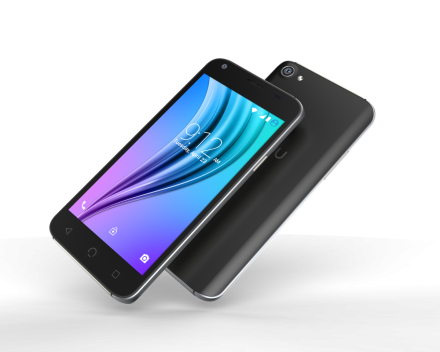 In the last few years, the mobile telecommunications industry has seen significant growth in the unlocked phones space, driven by factors like the government signing a cell phone unlocking bill into law and carriers like T-Mobile educating customers on unlocked phones. In fact, in 2012, unlocked phones only accounted for 1% of total smartphone sales in the US but by 2015, the percentage increased to 7%. Strategy Analytics forecasts that this percentage will increase to 16% by 2020.

So what are some other factors that will continue to help drive the prepaid, unlocked phones industry? NUU Mobile identified three key consumer trends that are helping to grow the unlocked phones segment.

As people are starting to learn about the benefits of unlocked phones (like being able to switch networks anytime), the demand for unlocked phones will continue to grow. There is already a segment of consumers who are well aware of the benefits, mainly due to the fact that they travel a lot or come from a country where phones and contracts are “sold separately” or those tech savvy consumers that root their phones. The mass market however, is only starting to understand this concept. They are also starting to understand that carriers have been subsidizing their phones and that they are not paying $200 for an iPhone, but rather over $600 when they sign up to a 2-year contract.

Working with mass cell phone distributors and retailers, NUU has seen an increase in demand for sub $100 unlocked phones, specifically around the $80 price point. However, a small market research study conducted by NUU also showed that tech savvy consumers are willing to spend around $200 for a cell phone that has all the bells and whistles, which is still a lot lower than a $650 iPhone or Samsung. With this increase in demand, there will be more manufacturers and therefore more choices for consumers to choose from.

In addition, the strong competition among network providers are encouraging consumers to switch at no cost, prompting carriers to start dropping phone subsidies and 2-year contract deals in favor of no contract / prepaid plans. This in turn means that cost-sensitive customers will search for more affordable phone options helping to drive the sub $100 phone market.

Nowadays consumers, it seems, are more demanding with a less patience. The desire to have the “latest and greatest” NOW combined with declining customer loyalty means that brands must work that much harder to engage the consumer and give them the experience that they are looking for. Essentially, consumers are loyal to the experience, once that experience is over, the consumer typically will disengage. For unlocked phones, since the power is in the consumers’ hands due to all the choices available out there as well as the rapid speed that phone technology evolves at, the experience typically lasts 6-12 months until the “next big thing” arrives. The demand for the latest phones will continue to grow, which means only companies that can keep up with providing the latest updates and technologies on a timely manner will be able to compete effectively in this highly competitive, fast paced industry.

In summary, unsurprisingly, consumers will continue to be the key force that will drive the US unlocked phones market as they become more educated and budget conscious, yet still demanding the latest technologies. Take a look at Europe and Asia and that is where the US market is trending towards – over a decade later.

Ciara Spevacek is Director of Marketing for NUU Mobile.  Ciara has over 10 years of experience in the Retail Industry and has worked at major retailers, such as Best Buy and Kohl’s, marketing consumer packaged goods. Prior to joining NUU Mobile, she spent the last few years marketing products direct to consumer as well as in the live shopping space with HSN and QVC.