Since the inception of the Universal Service Fund (USF) program in the late 1990s, the USF program administrator (Universal Service Administrative Company or “USAC”) has relied upon an “Entity-Wide” exemption process to determine when a reseller carrier can be exempted from wholesale supplier USF pass-through surcharges. In short, if a downstream reseller certifies that it is contributing to the USF, the wholesaler may exempt the reseller from all USF pass-through surcharges, even if the reseller is only remitting contributions on a fraction of the revenue derived from services purchased from the upstream wholesaler, it was exempted from all wholesaler pass-throughs.
On January 1, 2014, the era of “entity-wide” USF exemption will come to an end. The regulatory regime is being replaced by a “Service-Specific” or “Circuit-by-Circuit” specific exemption process, the details of which are still being ironed out by the FCC. Nonetheless, with less than three months until the New Year, service providers must begin preparing for the inevitable changes now. Otherwise, your company may be caught off-guard and may find itself paying suppliers and carrier partners significantly more in USF contributions than ever before. And on the flip side, if your company is a wholesaler, you may find yourself exposed to USAC audit and revenue reclassification that may result in your company being ordered to pay USF contributions that your resellers/carrier customers failed to remit (plus interest penalties on under-remitted amounts).

Under USAC’s current application of FCC carrier-to-carrier USF exemption rules, a service provider merely has to certify to its suppliers that it is exempt from USF pass-throughs on an entity-wide basis. However, in its Wholesaler-Reseller Clarification Order (released in November 2012), the FCC clarified that the “entity-wide” exemption process was never the intention of its rules. As had been originally defined in 1997, in order for a wholesaler to exempt a reseller from pass-throughs, the wholesaler must have evidence that the reseller customer both “(1) [incorporates] the purchased telecommunications services into its own offerings, and (2) can reasonably be expected to contribute to support universal service based on revenues from those offerings.”
Despite language that has always intimated a“service-specific” exemption procedure neither USAC nor the industry ever interpreted the FCC rules to require anything more than “entity-level” exemption. This historically lax interpretation and application of FCC rules will soon change, thus making it more difficult for resellers to qualify for exemption from USF pass-throughs and placing a greater burden on wholesalers to pass-through surcharges to any customer failing to supply adequate proof of exemption on a service-by-service, circuit-by-circuit basis.
Beginning on January 1, 2014, the FCC will “flash cut” from the current Entity-Wide exemption process to the “Service-Specific”/“Circuit-Specific” process.  When introducing the forthcoming rules, the FCC made it a point of emphasis to note that the definition of reseller will not change. Though that definition remains the same, the interpretation of that definition will change. Under the new rules, the FCC will direct USAC to look beyond whether a company is certified as a reseller. Instead, USAC is to be more comprehensive and thorough in its analysis, considering other factors under a totality of the circumstances test. USAC can and must look beyond mere compliance with the instructions found on Form 499-A, considering “other reliable proof” that substantiates a reseller designation.
This Service-Specific exemption process will understandably prove more rigorous for both wholesalers and resellers than the current system. Where previously and currently, wholesalers could simply determine that an entity is a reseller and assess USF charges accordingly, soon those wholesalers must identify the specific end user services for which their wholesale services are used. From there, they must determine which services are exempt from being assessed a USF charge and which services are not exempt.

Specific Impact on the Prepaid Telecommunications Industry
Regardless of whether the FCC adopts the recommended changes, the Service-Specific process will go into effect. This new process will serve particularly burdensome for all segments of the Prepaid Telecommunications industry, including calling card, wireless, and top-up service companies. Companies providing these services face interpretive issues that inherently make difficult the process of clearly classifying who should be assessed the USF fee. These issues confound USAC as well, causing USAC to request from the FCC clarification on issues surrounding the prepaid industry. Of particular difficulty, USAC requested interpretation of scenarios where “(1) the prepaid calling card does not have a face value, or where the customer pays less than face value because of discounting; (2) the prepaid calling card provider does not know how much the end user paid for the card; and (3) the cards are measured in units of time rather than by dollar amounts.”
Aside from the naturally more exhaustive requirement of accounting for each use of telecommunications services rather than labeling all services of a reseller as exempt carte blanche, the proposed instructions found in Form 499-A fail to adequately clarify common scenarios encountered by companies in the prepaid telecommunications industry. For example, with the intricate nature of today’s modernized telecommunications, something as seemingly simple as an international telephone call will frequently involve multiple carriers to bridge the technical gap between the caller and the party being called.  In this distribution chain, each carrier involved is a reseller. However, neither the certification language found in Form 499-A, nor the proposed language found in the ex parte letter clarifies the rules for scenarios involving multiple resellers.
The new Service-Specific exemption process will especially impact international transmission carriers that supply telecommunications services to the prepaid industry. For various reasons, these companies refuse to register with the FCC. Unfortunately for them, this is a prerequisite to attempting to claim exemption from USF fees. These companies face the strong possibility of seeing their costs rise, as more American providers decide to pass the costs of the USF fees and other surcharges to them.
Recognizing the enormity of this task of changing how wholesalers and resellers commonly applied the old rules, the FCC provided these companies time to come into compliance with these new regulations. Alas, we are now just mere months away from these coming regulations that will severely impact all wholesalers and resellers of telecommunications services, particularly in the prepaid market. Both wholesalers and resellers should ensure that they are sufficiently prepared for this new exemption process. • 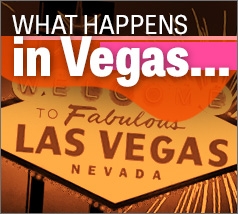