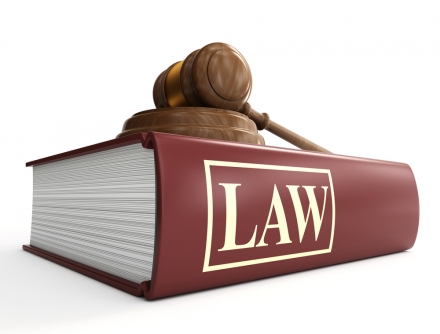 The first installment of the series examined the impact Chairman Pai’s recent actions and stated policy goals will likely have on consumers and the industry. Part Two of our series examines changes that can be expected on the enforcement side of FCC regulation, as well as other policy changes being promoted by a Republican-led Commission. Finally, in Part Three, we evaluate the impact a Pai FCC will have on developing technologies, the expansion of broadband availability, privacy and cybersecurity.

Part Three:  Pai's Priorities and What Will Come of Privacy and Cybersecurity

In the midst of a bumpy week for the Trump administration, FCC Chairman Ajit Pai met with and received President Trump’s re-nomination for a second five-year term at the Federal Communications Commission (“FCC” or “Commission”).  In his statement regarding the nomination, Pai yet again previewed what his priorities will be in the coming years. In particular, Pai emphasized his desire to expand connectivity, promote innovation and make FCC processes more transparent to the American public. This week, Pai, along with his fellow FCC commissioners, also testified before the Senate Commerce Committee. Again, his testimony echoed the emphasis he intends to put on closing the digital divide and promoting innovation, as well as consumer protection and improved FCC procedures.

Thus, with this backdrop, it is fitting that the third installment of our series will explore the specific actions Pai is likely to take to achieve his two most pressing priorities - broadband expansion and innovation promotion. In addition, we will examine how and the extent to which a Republican-led FCC may dismantle previously enacted privacy and data security measures.

Raised in Parsons, KS (pop. 10,500), it is not surprising that FCC Chairman Ajit Pai has a strong interest in communications issues affecting rural America. Pai is expected to champion the expansion of broadband services to small towns, farms, ranches and the Alaskan Bush, as part of his recently affirmed commitment to bridge the digital divide. However, his approach to doing so will likely be somewhat different than that of his predecessor. While former Chairman Tom Wheeler arguably attempted to stimulate broadband deployment through regulatory mechanisms, such as the Lifeline Program, Chairman Pai is more focused on removing what he perceives to be regulatory impediments to broadband investment.

In late January 2017, Pai formed a Broadband Deployment Advisory Committee (“BDAC”), tasked with identifying regulatory barriers to infrastructure development and broadband deployment. Chief among the Committee’s objectives will be the development of a model code covering topics including local franchising, zoning, permitting, and rights-of-way regulation. The model code aims to provide local governments with a deployment-friendly template that they can easily adopt and employ in their dealings with providers. In addition, the BDAC will examine actions that the FCC can take to lower the cost and simplify the process of broadband deployment.

Moreover, as discussed in Part Two of this series, the Pai FCC has already taken several steps to remove regulatory “red tape” at the FCC. For example, in February, the FCC eliminated the requirement that certain carriers maintain separate accounting books for regulatory purposes. In his Senate testimony, Pai cited this action as an example of how reducing regulatory hurdles allows providers to shift resources away from burdensome paperwork and toward investment. He also pointed to the FCC’s vote on reforming cellular license rules as yet another step to allow providers additional flexibility and to encourage deployment of advanced services.

The FCC has also hinted that it is willing to use its statutory authority under Section 253 of Communications Act to preempt local government actions that delay or interfere with the deployment of 5G wireless services. The mechanism for doing so is currently pending before the Commission.

In late 2016, Mobilitie LLC filed a request for a declaratory ruling concerning the preemptive effect of Section 253(c). Section 253(c) provides that state and local governments may manage and require “fair and reasonable compensation” from telecommunications providers for public rights-of-way, (“ROWs”) on a “competitively neutral and nondiscriminatory” basis, as long as such compensation is publicly disclosed. In its petition, Mobilitie requested, among other things, that the Commission declare that Section 253(c) prohibits local governments from charging fees unrelated to and in excess of the costs of managing local ROWs and from imposing different fees for similar access. Many view Mobiltie’s pending petition as the likely vehicle that the FCC will use to ensure local government actions do not impede 5G deployment and expect quick action on the petition, especially given the industry interest in the proceeding.

That said, not all recent broadband deployment initiatives by the Pai FCC have focused on removing regulatory barriers to entry. Since becoming chairman, Pai has promoted targeted funding to help stimulate broadband deployment in rural areas. In its first action under Pai’s leadership, the FCC voted to provide up to $170 million from the Connect America Fund to encourage broadband deployment in rural and upstate New York. In addition, the FCC recently voted to allocate $200 billion to the Connect America Fund to promote fixed broadband access across the country through the use of a reverse auction. And, on February 23rd, the FCC announced that it would be providing $453 million in annual universal service fund support for the expansion of 4G wireless service in rural areas and on Tribal lands as part of the Commission’s Mobility Fund Phase II initiative.

In addition to closing the digital divide, Chairman Pai is also championing innovation by eliminating “bureaucratic inertia.” As part of Pai’s initiative to foster innovation, the FCC recently released a notice of proposed rulemaking (“NPRM”) seeking comment on a proposal to use the “Next Generation” broadcast standard – ATSC 3.0 – on a voluntary, market-driven basis. The advantage of Next-Gen TV is that it would allow broadcasters to leverage both over-the air broadcasting and broadband connectivity. This, in turn, improves signal reception and allows broadcasters to offer innovative services to consumers, including an enhanced emergency alert system.

In addition, Pai recently touted the FCC Office of Engineering & Technology’s authorization of the first ever LTE-U devices in the 5 Ghz band. The move essentially allows wireless providers to deliver mobile traffic using unlicensed spectrum and “Share the road” with Wi-Fi.

In emerging areas such as privacy and cybersecurity, Pai and Commissioner O’Rielly have signaled a clear departure from the Wheeler vision of the FCC’s regulatory and enforcement role. But how the Republicans proceed and whether they eventually succeed in dismantling the prior leadership’s accomplishments remains to be seen.

Pai has already set his sights on the new privacy and data security rules for Internet Service Providers (“ISPs”), traditional telecommunications service providers, and interconnected VoIP providers that the FCC issued just days before the November elections by a 3-2 vote along party lines. In his dissent to the privacy order, Pai made clear “were it up to me, the FCC would have chosen a different path—one far less prescriptive and one consistent with two decades of privacy law and practice.”

Throughout the debate over the merits of the privacy rules, Wheeler argued that ISPs should be regulated differently than typical websites like Google and Facebook: “We can choose not to visit a website or sign up for a social network, or choose to drop one and switch to another. Broadband service is different. Once you subscribe to an internet service provider – for your home or for your smartphone – you have little flexibility to change your mind or avoid that network.”

Pai disagreed, arguing that the FCC should not have issued privacy rules that only apply to a subset of the Internet ecosystem. His solution is to keep existing Federal Trade Commission (“FTC”) standards for privacy – prohibiting companies from acting in unfair or deceptive ways towards consumers – and to apply those rules to all companies, including ISPs.

Last week, Pai made clear that he continues to reject his predecessor’s approach. At Pai’s insistence, the FCC stayed one of the new data security rules that had been slated to become effective on March 2nd. The FCC’s order granting the stay explained, “we conclude that preserving the status quo pending further examination of whether to uphold the Order’s deviation from the FTC’s successful data security framework would benefit consumers…”

The rule the FCC stayed is relatively uncontroversial, requiring companies to take “reasonable measures” to protect data security, and most of the FCC’s new privacy rules remain effective. But Pai’s actions signal he is actively seeking to dismantle the more controversial notice and consent privacy rules.

How Pai proceeds moving forward will rest in part on the actions Congress takes in the coming weeks. Senator Jeff Flake, Chairman of the Senate’s Subcommittee on Privacy, Technology and the Law, has circulated a resolution to use the Congressional Review Act to eliminate the privacy rules. The Act allows Congress to review and overrule new federal regulations issued by government agencies such as the FCC. If successful, Flake’s resolution would bar the FCC from ever again issuing the same regulation. The resolution is supported by numerous ISP industry groups but vociferously opposed by consumer groups. As a former Hill staffer working for then-Senator, now-Attorney General Jeff Sessions, as well as former Senator Sam Brownback, Pai will no doubt be calculating the costs and benefits of reversing the privacy rules either by deferring to Congress or by facilitating an FCC rulemaking aimed at dismantling the rules.

On cybersecurity, Pai has also taken steps to slow Wheeler’s progress on increasing the FCC’s role in cybersecurity incident prevention. Pai rescinded a white paper issued by the outgoing Wheeler FCC on January 18, 2017, which discussed strengthening the FCC’s role in incentivizing companies building connected devices and communications infrastructure to place an emphasis on cybersecurity. Pai and O’Rielly have opposed FCC involvement in this area, arguing that other agencies should oversee cybersecurity and questioning whether the FCC even has Congressional authority to regulate in that space. For now, the FCC is still accepting comments (until April 24, 2017) on a notice of inquiry relating to cybersecurity, but ultimately Pai and O’Rielly may choose not to take action to enhance FCC oversight of industry cybersecurity measures.

We will continue to monitor FCC developments in the coming months as we observe how the new chairman will react to a number of pressing challenges and issues, including universal service reform and industry consolidation. Stay tuned...

Alex I. Schneider is an Associate at Marashlian & Donahue, PLLC, The CommLaw Group.