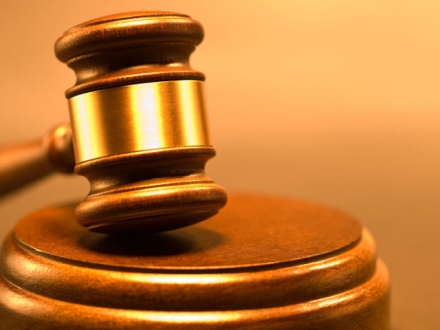 The first installment of the series examined the impact Chairman Pai’s recent actions and stated policy goals will likely have on consumers and the industry. Part Two of our series examines changes that can be expected on the enforcement side of FCC regulation, as well as other policy changes being promoted by a Republican-led Commission. Finally, in Part Three, we will evaluate the impact a Pai FCC will have on developing technologies and the expansion of broadband availability.

As alluded in to in Part One of our series, in the coming years, we expect there to be a sea change at the FCC with regard to enforcement practices, as well as more general process reforms. Indeed, in the early weeks of Pai’s chairmanship, there has been almost a daily a barrage of announcements coming out of the FCC regarding process reforms being put in place.

While a number of these process reforms reflect Pai’s deregulatory approach and a preference for more transparency, limitations on resources will also result in a number of process modifications. Currently, the federal government is under a hiring freeze put in place by the Trump administration. Further, this week, the Trump administration promised to dramatically slash non-defense government spending. As a result, federal agencies, including the FCC, will be expected to make due with less during the next four years.

In short, during the next four years, FCC enforcement and process will be driven by Pai’s hands-off regulatory approach, as well as a potentially serious drain on resources.

Pai’s initial actions as Chairman of the FCC signal a strong preference for deregulation and an end to what he, and other Republicans, saw as regulatory overreach. That said, it would be foolish to anticipate that all major enforcement actions will cease under Pai. Indeed, Chairman Pai has stated that continued investigation of robocalls will be a top priority.  In addition, many expect Pai to target waste and abuse associated with universal service programs. Unlike Chairman Wheeler, Pai will likely resist using FCC enforcement as a way to broaden the FCC’s authority. However, when jurisdiction squarely rests with the FCC, Pai will not shy away from using enforcement proceedings to hammer wrong doers.

In addition to changes in what conduct will be subject to enforcement actions, the process under which future enforcement actions will proceed will also undergo an evolution as a result of Pai’s leadership. We have already seen a number of process changes pushed through in the last several weeks. These changes provide valuable insight into what rulemaking and enforcement will look like under Chairman Pai.

Under the Wheeler FCC, many industry participants and legal experts raised the alarm about the FCC’s increasing trend of regulating through enforcement. In other words, the FCC would use the Enforcement Bureau to conduct aggressive investigations, threaten exorbitant penalties, and force unfavorable settlements as a way to create substantive new requirements through the enforcement process. Pai was often a powerful voice of dissent in NAL and Forfeiture proceedings, railing against what he saw as an unrestricted expansion of Commission authority through enforcement and the imposition of headline making penalties that were never collected.  In his 2015 testimony before Congress, Pai has strong words for the FCC’s enforcement process:

To be blunt, the FCC’s enforcement process has gone off the rails. Instead of dispensing justice by applying the law to the facts, the Commission has focused on issuing headline-grabbing fines, regardless of the legality of its actions.”

That being said, we believe it would be a mistake for businesses to believe that Chairman Pai’s stated deregulatory goals will necessarily translate to lenient enforcement practices across the board. While Chairman Pai views the Commission’s jurisdiction more narrowly than his predecessor, where jurisdiction does lie with the Commission, Chairman Pai’s history as a Commissioner shows his willingness to support substantial financial forfeitures and the full use of other Commission enforcement mechanisms, including the revocation of an entity’s licenses.

Finally, as stated above, then-Commissioner Pai was a leader in calling out the Enforcement Bureau for announcing eye-popping forfeitures but failing to collect them. While Chairman Pai’s narrow view on the Commission’s jurisdiction may limit enforcement to some extent, his history suggests he believes in robust rules enforcement, including the collection of forfeitures, where the FCC has jurisdiction.  In particular, Pai was much less likely to issue dissents in NALs or forfeitures addressing cramming, slamming, and/or fraud and abuse associated with universal service programs, even when high forfeiture amounts were at stake. It is possible, therefore, that businesses will see an increase in the collection of forfeiture from the FCC under Chairman Pai and that he will not shy away from significant penalties in areas of the Commission’s core competences.

AT&T recently called on the FCC to reform its enforcement process, criticizing the prior administration for focusing more on headlines than meaningful investigations and engaging in rulemaking by enforcement. AT&T also cited to the number of NALs that went nowhere after adoption. Specifically, AT&T suggested that deadlines be set after a NAL is released to resolve the matter or dismiss. Given Chairman Pai’s prior statements favoring a one-year shot clock for enforcement actions, it would not be surprising to see this change come to fruition in the coming months. This would be a welcome move to the industry that has seen some NALs languish at the Commission for over a decade.

In the early days of his chairmanship, Pai took what some predict as the first of several steps in reforming the Commission’s enforcement processes. On February 8, 2017, Chairman Pai announced that any consent decree entered into by the Enforcement Bureau settling a Notice of Apparent Liability or a Forfeiture Order issued by the full Commission will require Commission approval. Pai stated that the policy reform was effective immediately. This policy change was not a surprise to many who have tracked Pai’s ongoing concerns regarding the FCC’s enforcement process.

As Chief of the Enforcement Bureau, Travis Le Blanc led a number of aggressive enforcement actions and made it known that any consent decree entered into during his tenure would require an admission of wrongdoing by the provider. In addition, negotiation as to the wording and penalties associated with consent decrees was severely curtailed under Le Blanc’s oversight.

We are hopeful that with increased FCC oversight, the Enforcement Bureau will move away from its prior “guilty until proven innocent” approach and be more willing to negotiate mutually acceptable consent decrees with industry participants.

In addition to modifying the process for entering into consent decrees, Chairman Pai recently announced a spate of other policy reforms at the FCC. In particular, Pai accepted Commissioner O’Rielly’s suggestion that major edits to items after they are circulated must come from a commissioner rather than staff. Pai likewise accepted Commissioner Clyburn’s proposal that the Commission release fact sheets to accompany the release of meeting items and proposals. Pai also agreed to share all items with fellow commissioners below discussing them publicly –something he criticized Wheeler for failing to do.

Chairman Pai has also expressed his desire to reduce the impact of burdensome regulations and to increase transparency with regard to the FCC’s rulemaking process. On February 23rd, the Commission voted to eliminate and/or reduce certain accounting requirements for carriers. Specifically, large carriers will no longer be required to keep a separate set of regulatory accounting books in addition to their financial accounting books. And, in the same order, the Commission acted to reduce the number of FCC-specific accounts maintained by all carriers.

In addition, Pai recently announced the creation of a pilot program whereby the FCC would release the full text of documents circulated to commissions for a vote prior to the FCC’s Open Meetings.  If the pilot program is successful, Chairman Pai suggested that he would be open to releasing the text of all documents up for discussion at Open Meetings.

While Pai has stated that many of his enforcement and process reforms are aimed at de-politicizing the FCC and creating greater transparency, it remains to be seen whether Pai can be a force of unity within the FCC at a time when the county at large is so divided. That said, as then Commissioner-Pai noted, partisan divisions on enforcement actions was previously a fairly rare occurrence. However, in the past two years, partisan divisions on enforcement actions have become the norm, rather than the exception. Whether Pai can deviate from this course will largely depend on how future investigations are addressed by the Enforcement Bureau and the extent to which Pai’s FCC is willing to uphold consumer protection-driven regulations.

Stay tuned for Part Three of our series, where we will consider the impact that a Pai FCC will have on some less contentious topics, including developing technologies and the expansion of broadband availability to rural areas. We will also delve into what can be expected in terms of privacy regulation and enforcement by the Pai FCC.